Will the ball also attract the Earth and produce an acceleration?

Concepts of heaviness (weight) and lightness (levity) date back to the ancient Greek philosophers. These were typically viewed as inherent properties of objects. Plato described weight as the natural tendency of objects to seek their kin. To Aristotle weight and levity represented the tendency to restore the natural order of the basic elements: air, earth, fire and water. He ascribed absolute weight to earth and absolute levity to fire. Archimedes saw weight as a quality opposed to buoyancy, with the conflict between the two determining if an object sinks or floats. The first operational definition of weight was given by Euclid, who defined weight as: "weight is the heaviness or lightness of one thing, compared to another, as measured by a balance.". Satellites and weightlessness

When an object is in equilibrium, it only experiences the gravitational and restoring force/ Weight is mass multiplied by the acceleration due t gravity 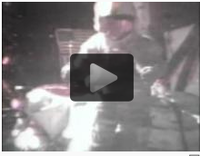