Science, as a body of knowledge as we know it today, is remarkably young, not more than a few hundred years old. And what we know also as science largely relates to the facts and explanations of everyday life. There is a need to examine what constitutes science as a process, the discipline of doing science. What are those elements of study and practice that distinguish science as an endeavour? What are the social dynamics that influence the practice of science? What are the limits of science itself? These are questions that have to be considered by a student of science. Science is also often understood as learning science as a subject and this involves the teaching and learning science and the pedagogy that must be adopted to develop a scientific bent of mind and to prepare the learner for doing science. This is a portal for students and teachers to understand and share resources on both these areas. 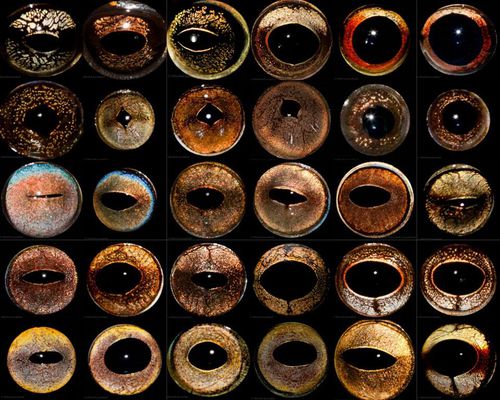 Tiktaalik is a new species that was disovered in 2006 that has fish like features and features like a land animal. They have features of fish as well as tretrapods. Several fossils have been discovered of this fish. An extant fish Alligator Gar resembles the Tiktaalik most. Click here for more details.

Why the platypus will never have a stomach

Researchers have found that the animals without stomachs have completely lost the complex genes required for gastric digestion. Click here to read more.

There is a hexagonal cloud over the North Pole of Saturn. This was first discovered in 1980s and astronomers are trying to understand why this is happening. Click here to read more.

HOW OUR BRAIN WORKS AND HOW SMART IS YOUR RIGHT FOOT

This highly original answer so incensed the examiner that the student was failed. The student appealed on the grounds that his answer was indisputably correct, and the university appointed an independent arbitrator to decide the case.

The arbitrator judged that the answer was indeed correct, but did not display any noticeable knowledge of physics. To resolve the problem it was decided to call the student in and allow him six minutes in which to show a minimal familiarity with the basic principles of Physics.

For five minutes the student sat in silence, forehead creased in thought. The arbiter reminded him that time was running out, to which the student replied that he had several extremely relevant answers, but couldn't make up his mind which to use. On being advised to hurry up the student replied as follows: "Firstly, you could take the barometer up to the roof of the skyscraper, drop it over the edge, and measure the time it takes to reach the ground. The height of the building can then be worked out from the formula H = 0.5g x t squared. But bad luck on the barometer."

"But if you wanted to be highly scientific about it, you could tie a short piece of string to the barometer and swing it like a pendulum, first at ground level and then on the roof of the skyscraper. The height is worked out by the difference in the gravitational restoring force T = 2 pi square root (l / g)."

"Or if the skyscraper has an outside emergency staircase, it would be easier to walk up it and mark off the height of the skyscraper in barometer lengths, then add them up."

"If you merely wanted to be boring and orthodox about it, of course, you could use the barometer to measure the air pressure on the roof of the skyscraper and on the ground, and convert the difference in millibars into feet give the height of the building."

"But since we are constantly being exhorted to exercise independence of mind and apply scientific methods, undoubtedly the best way would be to knock on the janitor's door and say to him 'If you would like a nice new barometer, I will give you this one if you tell me the height of this skyscraper'."

The student was Niels Bohr, who went on to win the Nobel Prize for Physics.

The exhibition has been conducted in Bangalore Rural, Mandya and Uttara Kannada. For more details click here.

Content analysis of 9th standard science textbook. Event is taking place in Bagalkote on July 20, 2013. Sanjeev Kumar Isaraddi will be conducting the event as Resource Person.

This is an exposure camp on biology experiments and theory for the Biology Olympiad and will be held between September 4 - 6, 2013 at Homi Bhabha Centre for Science Education. For more details click here.

An online course in classical mechanics from MIT eDX

This course is offered on eDX and is taught by legendary Professor Walter Lewin. He brings Physics alive with his demonstrations and makes the learner appreciate the beauty of Physics. Online course starts on September 9 2013. More details are available here.

The IJSO is an annual competition for children under 15 years of age in science. This is held in December every year in one of the participating countries and will be held in Pune in December 2013. For more details click here.

Click here for mind maps, activities, video and multimedia resources for science lessons in Class 9.The resources have been developed to help build conceptual understanding and have been arranged according to the chapters in the textbook.

To join the forum, visit this group here.

Contributed by Praveen Kamath (Kodagu), this is a compilation of simple and fun science experiments for school.

Some questions and answers on biology. [Read More]

Read this interesting exchange on science teachers and religious observances. This was posted on the occasion of Varamahalakshmi Pooja.

A discussion on the nature of speed of light [Read More]

This is an interesting exchange on the dates of the Sankranthi festival and the calendar calculations. [Read More]

. What actually is electric current?

A discussion on what is electric current. [Read More]

This is an online interactive quiz available on Encyclopedia Britannica and has 60 questions on various topics of science. Play and enjoy! To access the quiz click here.

Scale of the universe

This is a beautiful website that shows the dimensions of all matter in the universe - smallest to largest. Please click here to enjoy. This was shared by R Manjunath, SADPI, DSERT.

Which animal blood is blue in colour?

Horseshoe crab blood is is bright blue bcoz of copper-based hemocyanin to transport oxygen where vertebrates use iron in hemoglobin.

Videos by teachers from Yadgir

View of the Earth and Sun from Mars 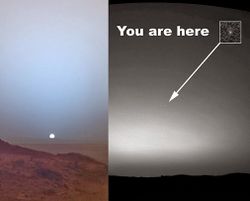 Model of the universe

This is a nice simulation of the heliocentric and geocentric models of the universe. To view the simulation click here.